English is dubbed as the universal language, thus considered as a ticket to communicate with the rest of the world. If you travel to any foreign land, you might think you can get around without learning the country’s native tongue as long as you know how to speak basic English. You may also assume there’ll always be English translations for road signs, store labels, and restaurant menus. 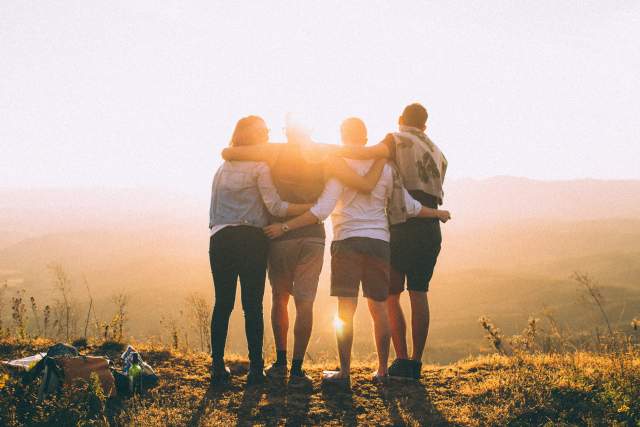 Apparently, this is not always the case.

Encountering language and cultural barriers is an inevitable part of traveling. Some countries, such as China, speak nothing but their official language and various regional languages. In a massive land with a population of 1.4 billion, only around 10 million people speak English. That’s not even 1% of the entire population.

You can easily feel lost in an unfamiliar territory where you cannot read the signs written with the local alphabet and/or understand people in the streets speaking their native tongue. The good thing is there are ways to understand and be understood. And besides, if you limit your travels to parts of the world where folks comprehend you, you may not get too far.

Here, we’ll share how to break the language barriers and make the most out of your trip.

1. Learn the basics of the local lingo

Remember, you’re a guest in a foreign land, so make an effort to speak and understand their language. We’re not saying you put your vacation on hold until you can speak their native tongue fluently. Study the basics, as well as the essential terms that’ll save you from getting lost and hungry. Learn the currency as well.

Take it up a notch by learning the formal greetings, numbers, and “I love you.” Even learning only “Hello” and “Thank you”, and speaking the phrases no matter how mangled they sound, give the notion that you’ve made efforts, and this act earns you more respect from locals.

If you can’t express through words, say it using non-verbal expressions, like hand gestures. You may point, mime, and even play charades to get your message across. Just be mindful of your hand gestures and how they mean to the people you’re interacting with. Several hand gestures that are widely accepted may be offensive to other countries.

For example, the “OK sign” where you make a circle with your index finger and thumb is not OK in France, Venezuela, Turkey, and Brazil. In France, it means “worthless” or zero, while in the other three countries mentioned, the gesture is a vulgar slang that should never be flashed at anyone. Another example is the innocent “thumbs up” which could mean “up yours” in Greece, Afghanistan, Iran, and other parts of Italy.

If you’ve mistakenly offended someone, do the Namaste gesture, which is universally perceived as a sign of respect and peace. And don’t forget to smile.

3. Make use of visuals

Play Pictionary. If it’s hard to pronounce, you may pull out a picture of the place or food you’re looking for, and show it to the locals. You can also draw pictures to make yourself understood. Always carry a notepad and pen. The person you ask information from may write numbers or draw a map on your pad as a response.

4. Seek help from a translator app

Can’t read the sign written in the local alphabet? Instead of carrying a heavy dictionary, pull out your phone to seek answers from the world wide web. When it comes to language barriers, Google Translate App can be a lifesaver. Just point the app’s camera at a text and the app quickly translates it into English for you.

Aside from translating texts from a menu, a road sign, or a museum plaque, Google Translate App may also allow you to have a conversation with someone. Choose a pair of languages, speak to the mic, and the app translates whatever it hears.

In case you get lost and you need to find your way back to a hotel, you can survive by showing the address written in the business card to the cab driver or someone reliable on the street.

Ask your hotel’s front desk for maps and let them circle or highlight the places you’re trying to get to. If you don’t have a map, ask the hotel concierge to write down names and addresses in the local language so it’d be easier to ask for directions from a local.

How will you know if the person is reliable? The person walking on the street professionally dressed is most likely to speak English. But the best people to ask for directions are the people from hotels, restaurants, and stores.

8. Adapt to the culture

Just because you don’t speak their language doesn’t mean you’ll be a total hermit. According to Michael Schutzler, CEO of the online language community Livemocha, the only way you’re going to learn is through real interactions.

Understanding is a two-way street, and chances are that the people you interact with also give their best shot to be able to communicate with you. Find the common ground – giggle with them, appreciate their art scene, and compliment their local cuisine with smiles. Observe. Just try to blend in and learn a destination’s customs – this can endear you as much as learning the language.

Author Bio: Carmina Natividad is one of the writers for Holiday Inn Parramatta Accommodation, a modern hotel in Western Sydney known for their exceptional accommodation, service, and location, which appeals to travelers in Australia. She has always been passionate about giving in to her wanderlust and collecting mementos from different places.

Popular How To Resources!