Home Lifestyle How Music and Art Support Individuality in Children

Your kids probably learn in school that “sharing is caring” and teamwork is key – undeniably essential life lessons – but have you considered the importance of also developing a sense of individuality in your child? As children grow into adulthood, it’s important that they not only learn to be cooperative and socially conscious, but that they also build a solid and comfortable sense of self. One of the best ways to help children become strong and healthy individuals is to encourage them to embrace music and the arts.

In recent years, funding for the arts has been slashed up to 80% in school districts across the United States. This is an unfortunate loss for kids everywhere, as children benefit from building their self-esteem, creative thinking, and confidence through the non-academic lessons that extracurriculars provide. Fortunately, individuality can be developed and molded outside of the classroom. Even if your child doesn’t have access to many extracurricular opportunities in school, there are plenty of ways you can incorporate music and art into everyday life, to help shape your child’s personalities and values. 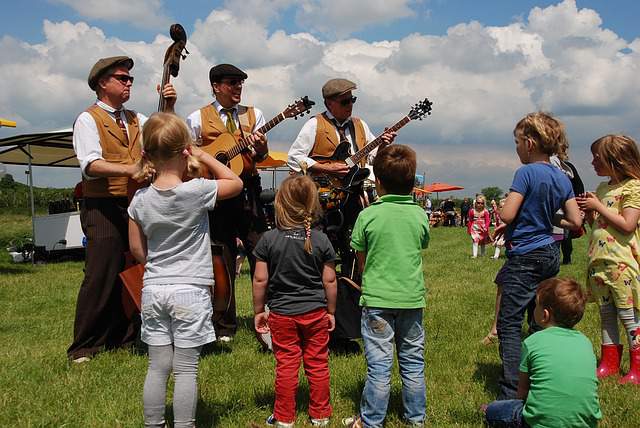 The Introduction of Individuality

Children and adults alike are constantly refining their sense of individuality, though certain stages in childhood development have been marked as “watershed periods” – in these periods, it’s common to see turning points or milestones occur in the child’s sense of self.

The earliest indicator that children are developing a sense of self is when they begin to mimic the actions of others; whether it’s a parent, teacher, or classmate. Imitation is a sign that the child is formulating elements of her own personality, and simple imitations can begin as early as eight months. By the time a child is three, we see him copying and performing actions he witnessed earlier in life. During this period, while children are highly impressionable, parents can expose kids to musical performances and different tunes, to predispose their children towards an appreciation of music – and, hopefully, the desire to imitate what they hear by picking up an instrument of their own.

Introducing music lessons early on allows your child to adopt music as one of the hobbies that shapes who he is. A study in the Journal of Neuroscience says the ideal time to begin lessons is before the age of seven, in order to embed music as a language for children, and strengthen motor skills.

Be careful not to put too much pressure on practice or performance. Children are far more likely to remain interested in an activity if they’re allowed to continue at their own free will. Classical musician Geoff McCausland explains in one of his videos: “both my parents are musicians, but they never forced me to do music. They always said if I wanted to, I’d walk away, which is the trick to why I’m still here. I played in the youth orchestra and made a lot of good friends, and I think that’s what got me to stick with violin.” Trusting your child with the power to make her own decisions also helps to foster independence and individuality.

The Creativity Cure in Schools

The power of imitation can be risky in a child’s life, as the one who yells the loudest and boldest is often the one that gets copied. This can create cookie-cutter personality traits in children already prone to peer pressure. Schools don’t always help, either. The emphasis on standardized tests and academics creates an atmosphere in which kids are often penalized rather than praised for doing something outside the norm.

Enter the arts: art and music encourage students to express individual creativity, build leadership skills, and increase confidence. To guide your child’s sense of individuality, look for schools that emphasize — or, at the very least, acknowledge — the important role art and music play in a child’s academic and social learning.

Art and music allow for different types of intelligence to emerge. Most of a child’s educational upbringing is based on exercises that engage the left side of the brain – the part that manages logic and organization, rules and regulation. While these are important skills, it’s just as essential the right side of the brain, which includes curiosity, reflection, and initiative — all traits seen as the drivers of people who have a strong sense of self. One Princeton University study says children who develop music, drama, or athletic skills are less likely to experience depression and social isolation.

The arts go against the concept of traditional quantifiable grades. There’s no right way to “show your work” when it comes to art and music, and everyone’s “answer” is different, depending on the individual. Children who participate in ample art and music activities will recognize they can experiment and learn at their own pace. Rather than being graded as right or wrong, they’re allowed to create something using their imagination, reaffirming traits of individuality.

Kids who willingly engage in musical performance reap the benefits of greater emotional intelligence. Performing music gives children a nonverbal way to express their thoughts. Allowing them to perceive and perform in the arts increases cognitive skills, and teaches them to feel a wide range of emotions.

It’s important that parents don’t pressure children into performance. If a child is uninterested, or anxious about performing, forcing him in front of an audience can impact his confidence, and may decrease the joy he felt from playing music in the first place. Let your child know that you will be proud and support him, whether he chooses to perform or not. Giving children that choice further encourages their sense of self, as they explore what the arts mean to them, and whether performing is part of who they are.

While your kids are learning how to be cooperative team players in the classroom, and engaging their left-brain skills, you can foster the growth of their individuality through right-brain activities, like music and art. Encourage your children to try different ways of expressing themselves; they may find a new passion in the paintbrush, or the guitar. Enroll your kids in art and music lessons, advocate for art programs in their schools, and most importantly, trust your child to develop a sense of self through creative expression in the arts.

How to Asian Wedding Cake: Not Just a Dessert Anymore! 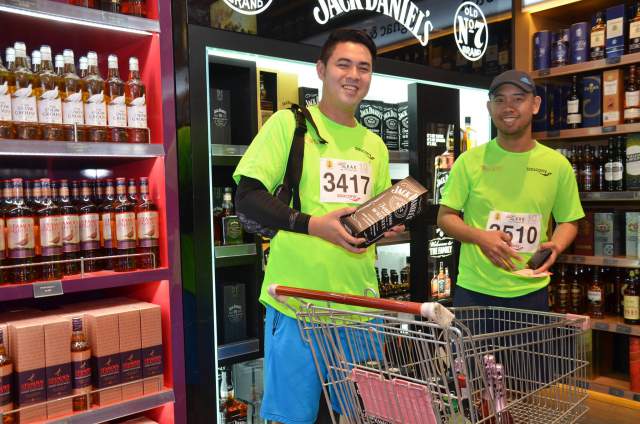 Though UAE follows the rule of Sharia law that prohibits drinking, it tolerates alcohol …

Popular How To Resources!